March 27, 2009
*It's a Marvel Geekout!
New podcast over at Tim Young's Deconstructing Comics.
We discuss Marvel's latest crossover Dark Reign and deal with some general goofiness.
Other good podcasts here as well with Tim and guests. 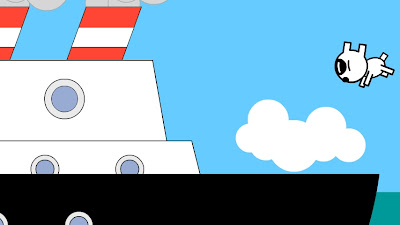 here is a frame from "Elmore" by Kirazuki

*Been designing undies with a retro SF motif. Funfunfun. More on this later.

*Had a booth at the Tokyo Animation Fair with my Artist Army buds.

*Fresh off of two art exhibitions in Ginza and Tokyo City Hall.

*And I'm about to move to the country. Well, out of the city anyway.
Fresh mountain air, plenty of room, and we're gonna get a doggie!

*The good part about being so busy is that I'm getting more work. The bad part is that I haven't done any kind of promotion! Grrrrr! My next show isn't until May, so I should be settled in by then. I'll have my promotion plan put together by then as well. Maybe I'll even have a web comic started!

December 07, 2008
The Karate Kid changed my life.
The movie, of course. Not the Legion of Superheroes comic character.
I'm watching it right now as I type this blog and I was thinking about how many of my perceptions about karate were shaped by Mr. Miyagi. I was never big on "sports" movies, I never saw Rocky.
But I knew what it was like to be the little guy. The new kid on the block. And I knew what it was like going up against an institutionalized system of separating the "winners" from the "losers".
Luckily, I had friends in and out of school that liked me for who I was and not for who I desperately thought I wanted to be. It took me a little while and Karate Kid 2 to realize what I did want. The summer that KK2 was the summer where I decided to take control of my life and stopped worrying about what the @$$holes thought. It wasn't even a gradual thing. Once I had made that decision, suddenly things started changing around me. I had confidence and that made it easie…
4 comments
Read more