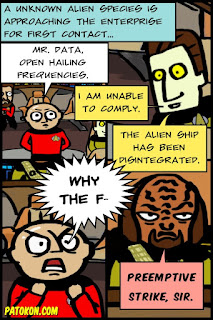 Art has been created on iPad and text and layout were done with the ComicBook app on the iPhone.

February 17, 2019
I'm trying out a new format for talking about movies. It's a work in progress. I actually want to do more illustration and the sketch of Jennifer Jason Leigh doesn't do her any justice. Once I turned on this movie, I wanted to look into Susan Tyrrell as she always plays highly-interesting broken characters. I plan to rewatch her in Angel (1984) sometime soon. She has a great quote on IMDB : I'm a loner. I don't like beautiful people, but I find beauty in the grotesque. And in the sweet soul inside someone who has been able to get through their life without being a rat's ass. I love all the connections that I listed up here. Hauer is one of my absolute favorite actors and I can't believe I waited so long to see him in this. Or maybe I saw the casting and ran far away, cuz this is some bizarre casting! Verhoeven is a very interesting director as in he's not afraid to do things differently. He apparently experimented while making this film and
Post a Comment
Read more