March 11, 2019
I talk about US ninja comics and Japanese cowboy comics on Tim Young's Deconstructing Comics.
Listen to it here! I based on the lecture I gave last year at the Koshi Manga Museum.
Here are my Top 10 Cowboy Manga:

10. Bullet Tommy 『弾丸トミー』by Shige SUGIURA
This is a classic, one of the earliest comics. It's a "gag manga" for kids and so pokes fun at the various Western movie tropes. The art resembles Shoney's Big Boy, doesn't it? 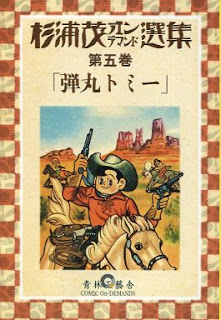 9. The Cactus Kid 『サボテン君』by Osamu TEZUKA
This is one of Tezuka's early Western manga when he had only seen a few westerns at the time. I like the idea of a guy who wants to turn his parents' saloon into a milk bar. 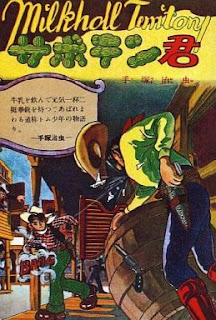 8. The Belle Starr Gang 『ベル☆スタア強盗団』by Akihiro ITO
Ito is known for his Geobreeders saga, but this is his take on the real-life outlaw Belle Starr and her gang. I like the art and the attempt to incorporate real-life events into the comic. 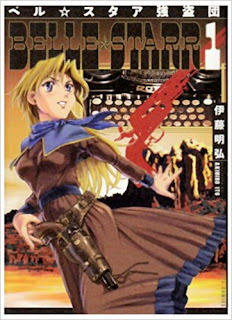 7. Isamu of the Wastelands 『荒野の少年イサム』by Noboru KAWASAKI
A popular manga in Shonen Jump in the early 70s that was adapted into an anime that Hayao Miyazaki worked on in some capacity. Isamu is a dramatic story that tackles issues such as racism. KAWASAKI is best known for his baseball manga, Star of the Giants. 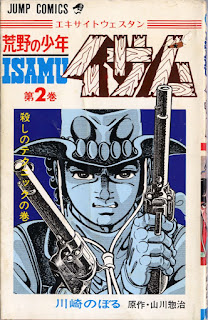 6. FLASH  『FLASH』by Masashi TANAKA
In the 90s, GON was one of the first manga hits for Dark Horse. It had no dialog so there was little need for translation as it was about a small dinosaur and his adventures. Before this all-ages hit, TANAKA drew sexy adventure comics. The best one was FLASH (which I talk about here) which was a Q. Tarantino/R. Rodriguez-esque western exploitation fantasy with lots of sex and violence. The main character gets shot up to pieces, but the more sex he has, the faster he heals. 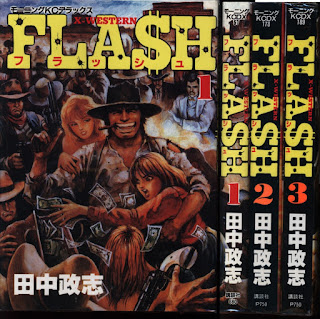 5. Gun Frontier  『ガン・フロンティア』by Leiji MATSUMOTO
This manga has the earliest meeting of Matsumoto's best buds, Tochiro and Harlock. It's a buddy comedy but also an exploitation fantasy. Matsumoto says his favorite western is the movie Johnny Guitar with Joan Crawford who had bought the rights to the book. I'm guessing that he saw this movie AFTER he wrote Gun Frontier because the women in this comics are barely empowered and mostly subject to the whims of the men. His later character Pirate Queen Emeraldas is a lot more like Crawford's Vienna - a real cool character who unapologetically makes her own way in the world. 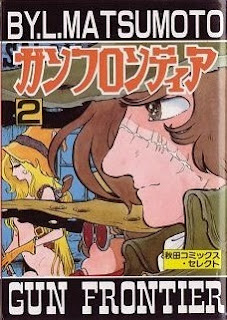 4. Captain Ken 『キャプテンKen』by Osamu TEZUKA
This is my favorite Tezuka comic. Of course it is! It is a sci-fi western (see my favorite such genre crossovers in my Top 10 Sci-fi Westerns part 1 and 2)! It's very anti-corporate and pro-indigenous peoples. It's got rockets, robot horses, and a twist at the end that has me in tears every time. The Martians are like Native Americans and the invading Earth force is like a huge conglomerate willing to wipe out or exploit whomever they can for their own profit. Who can save the day, but the Japanese cowboy with the super-robot horse, Captain Ken! This is a character that I'd been wanting to read since I first saw art for the covers in a Tezuka book owned by my good pal, Jim Reddy. 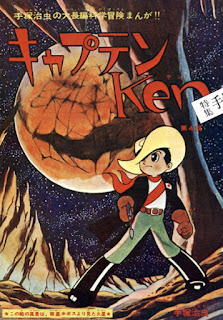 3. Black Bull the Ninja Cowboy 『黒い野牛』by Taku HORIE
The comic that inspired me to tackle this topic. It's about a Koga ninja who travels to the wild west and takes on an evil U.S. Army commander who is actually an Iga ninja and who has trained his men in the ninja arts. I found this reprint collection in the Shibuya Mandarake by pure accident - the kind of accident I live for. Pure crazy adventure gold. 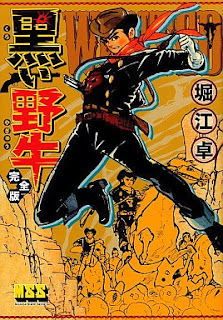 This is a gekiga comic for adults that takes western tropes seriously. The story follows Rocky, a one-eyed, gimpy-legged bounty hunter that shoots to disarm or wound, but rarely to kill unless provoked. He prefers to take home his quarry alive. He's a great shot, but he has his limits as we learn in the first chapter where he takes out the gang that's in his way, but loses his quarry as he can't run after him. The art style is very European. Very BD. Similar to Moebius without the same texture mastery but still very nice distinctive work. Creative use of contrast and layout make this comic very readable. Yoshimoto's exhibition is at the Yayoi Museum in Ueno until the end of March. Wish I could go. 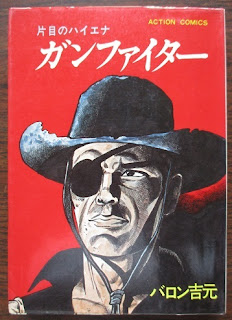 1. Kim, the Boy Grim Reaper 『死神小僧キム』by Sampei SHIRATO
Shirato is known for The Legend of Kamui, which is a saga stretching over decades and dozens of books and has been adapted into anime and live-action. It is also the very first Japanese manga I owned. He is also known for his love of animals, his detailed scenes of nature, and his interest in class struggle. Kim is grim and oh, so good. Stone-hearted black hat killers and ravenous wild dogs flee in fear from the boy known as Kim. He's such a badass that tornadoes just appear and destroy the towns he walks through. He crawls from out of the wreckage and moves on. This comic needs its own post, so I'll come back to Kim again in the future. 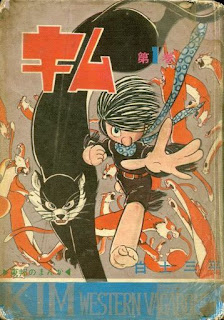 Cheers and see you in the funny papers.
-PIW