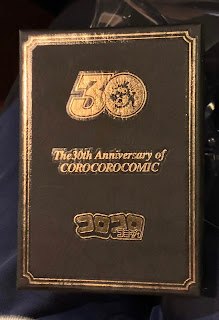 In this box is a tiny reprint (a minibon) of the first issue of weekly anthology magazine CoroCoro comics (5/15/1975, featuring Doraemon) which was given away to only the people who attended the editor’s end of year party in what I assume was 2005 as it says 30th anniversary on the box and inside. 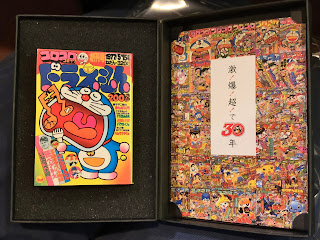 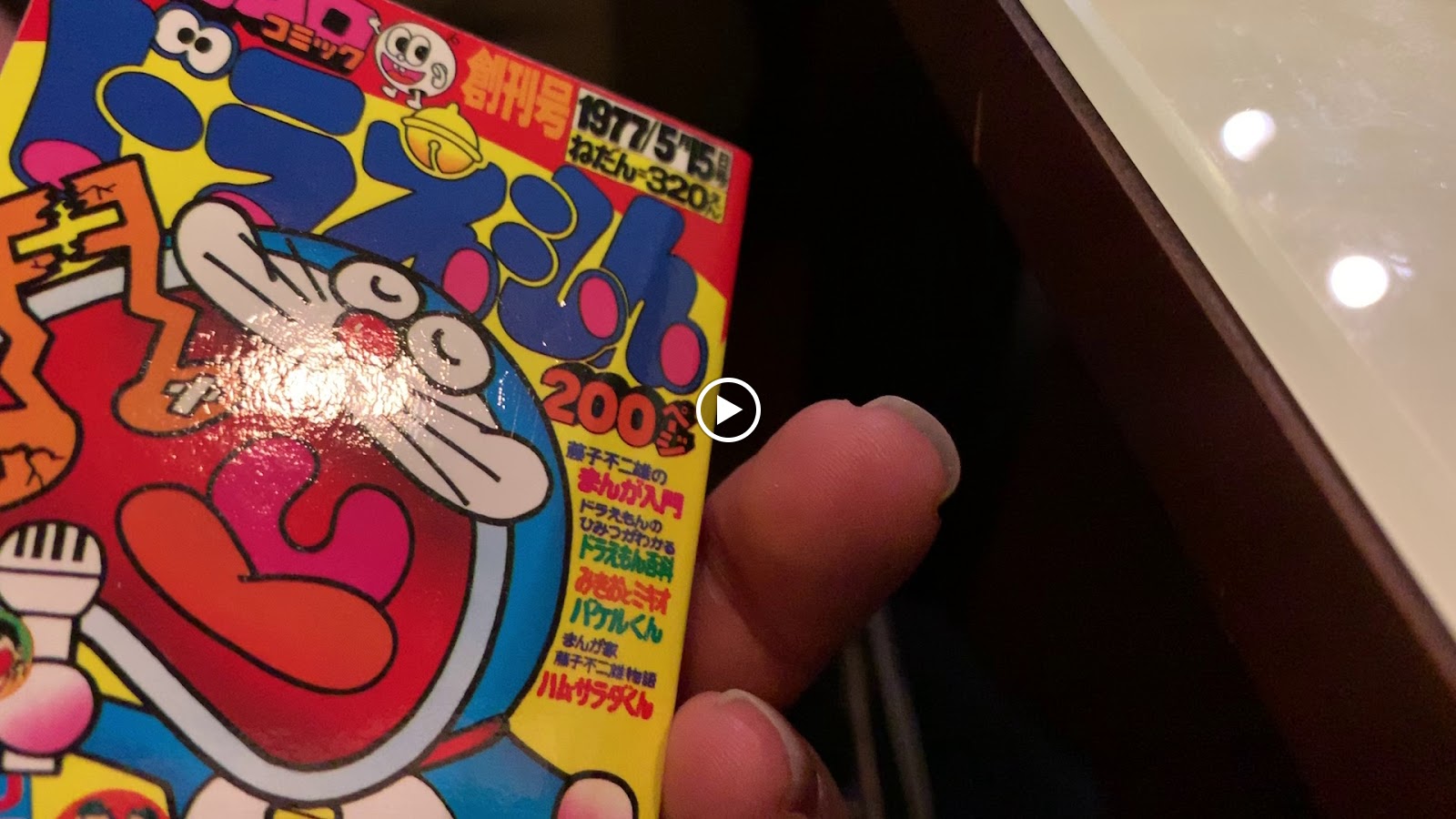 This is what I tell people my measurements are when they ask. And they never, ever ask.