November 03, 2013
For some reason, our supermarket always had Count Chocula and Franken Berry, but never Boo Berry which was my favorite (because the character in the commercials was so damn smooth!).
I started out planning to draw a sexy chick, but my wife was watching America's Next Top Model and looking at Chris' forehead made me want to do a monster which became a vampire with a serous widow's peak which then made me go COUNT CHOCULA!
He needed a companion so I did a Franken Berry and that was that. 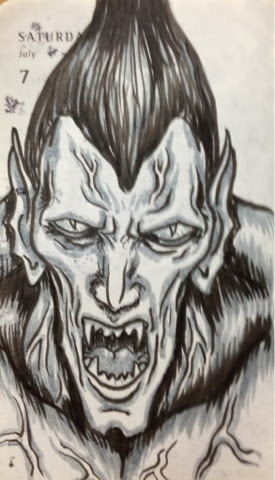 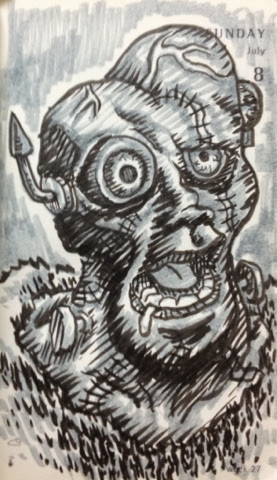 Franken Berry didn't get the good brain either. He's not a fan of fire, but you know what he hates more? Pop-Tarts.