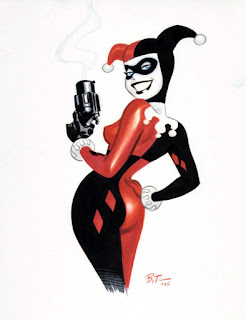 But the Suicide Squad design is based on Harley's recent look which is pretty awesome in itself. 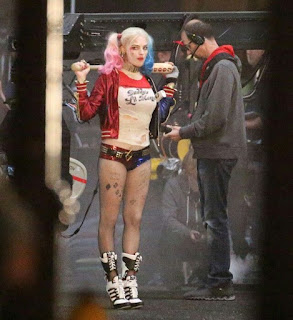 Check out these screencaps from the new Suicide Squad trailer. It looks like she's a HUGE part of the flick. Carla Whatsherface's Enchantress (did not like her in Paper Towns so not expecting much from her), Will Smith's Deadshot (always watchable), Jared Leto's Joker (could be insane), Killer Croc, fire dude, whatever... Margot Robbie's Harley steals the show!

June 21, 2016
Kumamoto Earthquake Picture Book Project Here are the details for the crowdfunding project as it is running currently here:  https://kumamoto.dreamraising.jp/pr… /kumamoto_pictures-book/ . The book: The picture book is about a kappa (river faerie) named Gappa that lives under a bridge on the banks of a river in a town in Kumamoto (based on Mifune where I live). She likes swimming, fishing, and making music. One day, a terrible earthquake hits and Gappa is forced to abandon her home. She leaves on an adventure where she finds friendship, inner strength, and a purpose. She is faced with scary situations, but each time she remembers something that her Granny Babappa told her long ago and it helps her overcome her fear. During her adventure, she meets Guma, a big brown bear (actually a mountain faerie) who lives in the mountains and they spread Granny Babappa’s wisdom to the kids who need it most. The main idea of the story is to give kids something to help them overcome their
Post a Comment
Read more