September 11, 2010
[Note: Check This $#!% Out was originally a seperate blog but is now a feature of patokon blog]

What is OTR?
OTR is the most awesome thing ever!
Remember the scene in "A Christmas Story" when Ralphie gets his secret decoder ring and can't wait to decode his first message?

For my generation, listening to radio drama wasn't big on our list of entertainment, but seeing Ralphie decode that message (however disappointing) was kinda cool. Little did I know, years later I would become quite the fan of OTR (Old Time Radio). I guess it might have been just a matter of time since I had listened to a few recordings of The Inner Sanctum, which was always good for a scare, I was a fan of Bogart's Sam Spade early on, and I was already into comic strips from the thirties and forties. As I grew older I would try to catch reruns of Burns and Allen, Jack Benny, and other shows which I didn't even know had started on the radio.
Well, thanks to the magic of the INTERNET, I became connected to these shows and more! And now YOU CAN TOO!!

Here are some great resources:
The OTR.Network Library.
Over 12,000 shows for FREE!


Old Time Radio Fans dot com
Cool cuz it also has a buncha commercials from the past including one for Lucky Beer which uses the phrase "Get Lucky!" Because if you're drinking that crappy beer, you'll need it!

OTR - Radio Days
This is a good resource because it gives you some OTR history.

Now lemme tell you my favorite shows:
-Detective shows
Adventures of Sam Spade (serious action, light-hearted hero)
Adventures of Philip Marlowe (serious action, more serious hero)
Nick Carter, Master Detective (fun stuff)
Candy Matson (a tough dame. I like her)
-Horror
Inner Sanctum (Goofy emcee, but often has bone-chilling stories)
Suspense (some real good shows)
CBS Radio Mystery Theater (big name stars often join in the mayhem)
-Sci-fi
X Minus One (anything with robots is good, eh?)
Dimension X (or mad scientists)
2000 Plus (or aliens)
-Comedy
Burns and Allen is my fave
The Mel Blanc show was a surprise discovery. I only knew him as the voice of the Looney Tunes.
-Adventure
Terry and the Pirates (a great comic, an amazing show)
Captain Midnight (after Ovaltine dropped Little Orphan Annie, they sponsored this show)
Mandrake the Magician (originally a cool comic, once parodied by MAD magazine)


So don't forget to check this $#!% out, and let me know if you find anything cool or if you have any recommendations! 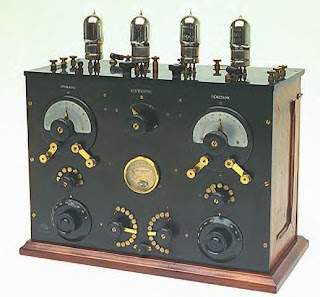