Since my kindergarten class where we had a guest teacher with a monkey puppet that spoke only French, I've been interested in the French language. My interest never went as deep as my interest in Asian languages, but deep enough that I have several dozens of books in or about French. My first French movie exposure was the stylish thriller DIVA. The opening opera scene still gives me goosebumps just due to the amazing singing of Wilhelminia Wiggins Fernandez. It would be another few years before I got to see Luc Besson's La Femme Nikita. A few years after that I saw the fantastic comedic horror (or horrific comedy) Delicatessen, and the classic slapstick spy comedy, The Tall Blond Man with One Black Shoe.
I really enjoyed these two genres of French film, the comedy and the action thriller and always looked forward to finding new works by these actors and directors. The City of Lost Children, Amelie, the Taxi series and Trip to the Moon are some others I can recommend. Point Blank, a relentless action rollercoaster, is probably the last French film I really enjoyed.
In addition to movies, I love comics and Francophone comics (or BD, short for bande dessinée) are some of the best! I was first exposed to the genius of Moebius through the animated film Heavy Metal and later on I became a big fan of his work on one of the greatest Western comics, Blueberry. I can't even list my favorite BD as they are legion, but I can mention two of my favorite recent creators, Arthur de Pins (I fell in love with his naughty comedy strip Péchés mignons) and Kerascoët (artist of Miss Don't-Touch-Me and Jolies Ténèbres).
Even with such Francophilic tendencies, I didn't have many French friends until I moved to Japan. Thanks to one of those friends I taught some art and comics classes at the French elementary and middle school in Tokyo. At that time, I was burning to learn French and I ended up spending lots of money at the French bookstore OMEISHA in Iidabashi. I also joined the Médiathèque library at the  Institut Français du Japon language school also in Iidabashi. It was here I found a CD full of 80's French Punk (and this catchy new wave tune). 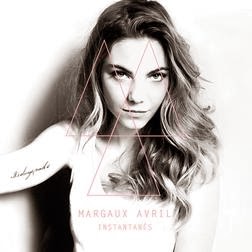 Recently, I made a new French acquaintance and my burning desire to pronounce bonjour without getting my pronunciation corrected has resurfaced. In order to practice, I purchased Margaux Avril's Instantanés album on iTunes and got the lyrics off the net. Some very nice songs and I really like her voice.
Wow! I made it all the way down here and still haven't talked about what gave me the idea for this blogpost to begin with!
What I wanted to talk about was two really cool articles that JM, my French acquaintance, introduced me to. One is about a fake building in Paris that hides the fact that it is just an airvent, and the other is about the secret ghost subway stations of Paris.
The first one is here in French and you can see how the building would fool the casual passerby. A similar article is here in English and shows some other examples including one in Brooklyn near where I had my first job. 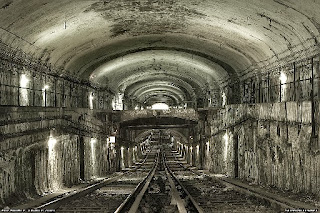 These faux buildings are really cool and I wonder if anything like this exists in Tokyo. What is even cooler is this incredible blogpost by some adventurers who toured the underground Paris metro looking for ghost subway stations that are no longer in use or were never even completed. The risks they took for the sake of adventure are thrilling to read about and the photos of their discoveries are beyond fascinating.
This shot here is my favorite and it really gets my creative juices flowing. I can just imagine all the dark, evil, and wonderful deeds that could have occured here. This shot is much smaller than it is on the blog. You just have to visit the blog to see the photos in all their beautiful glory.

Ok, I said what I wanted to say and I hoped I've added a little to your knowledge of cool $#!%. I plan to add more to this blog from now on so STAY TUNED!
À bientôt!
﻿